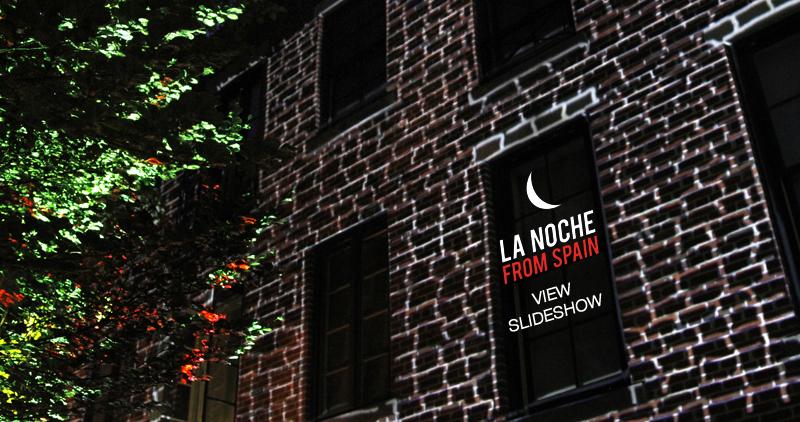 The Instituto Cervantes and the Spanish Tourism Board organized "La Noche from Spain", a celebration of Spanish culture and gastronomy in the Amster Yard, a hidden garden at the Instituto Cervantes New York.
Video Projections by award winning artists, Laia Cabrera & Co, decorated the walls of the Amster Yard with an installation meeting architecture and movement; a visual journey to the other side of the Atlantic in the middle of Manhattan. Laia Cabrera & Co’s work has been awarded and featured around the globe in landmarks like the Tempieto di Bramante in Rome, Times Square or the White Box Art Gallery in New York.